Hire Unity Developers for Your Next Gaming Project

It can be a real headache trying to weigh the options for developing a new gaming project. The engine used to power and develop your game is exceptionally consequential to the final project. If you're serious about your game living up to its full potential, hire Unity developers to realize that vision.

Gaming has never been more omnipresent–folks of all stripes play some sort of video game. From casual players, crushing candy to kill time in the waiting room, to serious gamers, video games are pervasive in our world. With a vast market with no signs of relenting, it's not surprising one may want to get into the field.

Of course, with such a large potential market, comes the catch—competition. Folks only have so many games on their phone at once, and they probably already have a few "go-to" s. Console and PC gamers who immerse themselves in games choose their next game with careful deliberation. What you're really competing for is that most precious piece of conceptual real-estate—time.

The crucial question becomes—what does a game need so that players will be impelled to make room for it—possibly even demote another game in their rotation? It's all about first impressions. How many of us have downloaded a game on our smartphones just to play it for, say, one minute, before deciding, "eh, not for me" and promptly deleting it? The story arc, dialogue, a killer soundtrack—all of these are important factors in a game, but they certainly aren't registered soon enough to be appraised in that short window of impressionability. Well then, what is? Functionality, graphics, movement, physics—put simply, the look and the feel of the game.

If you prioritize these attention-grabbing factors, then you should hire Unity developers for your next gaming project.

Unity is a game engine for building video games. Game engines are software-development environments wherein video game developers design every aspect of a game. Though there are a few options for choosing a game engine with which to build your game, many hire Unity developers because they trust that Unity is the platform that can help to realize their vision.

Unity is especially tied to this modern environment of pervasive gaming. It's credited as the tool in part responsible for the burst of independent game development. It's intuitive nature opened up the field to otherwise hobbyists—" democratizing development," Marcos Sanchez, head of global communications for Unity, so aptly puts it.

Let's look at some reasons why you should hire Unity developers for your next gaming project.

Why is Hiring Unity Developers Affordable? 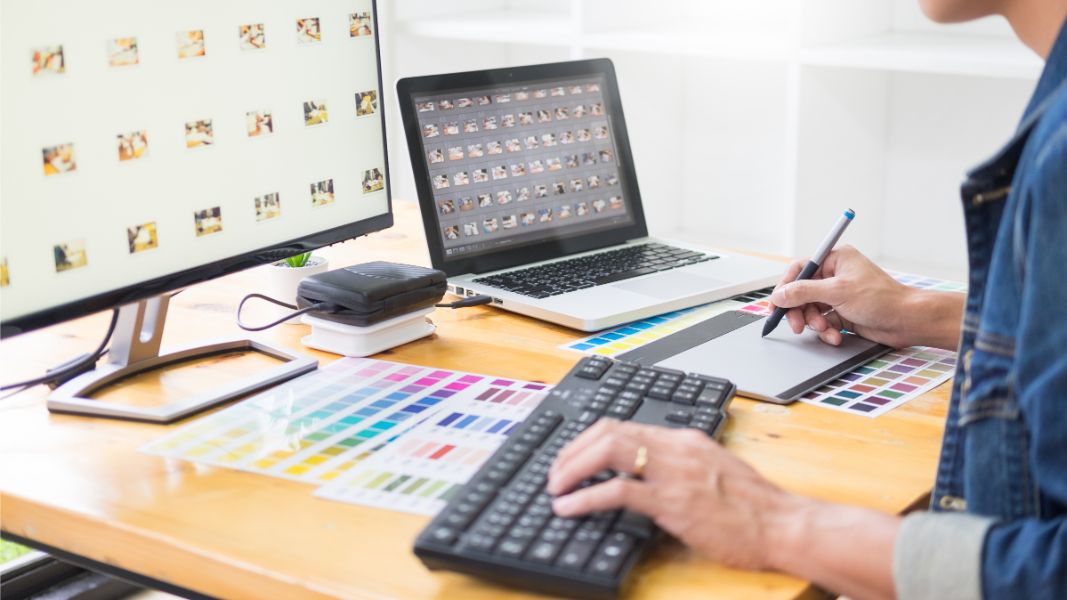 Let's start with what is no doubt a top concern when picking the right developer and platform for your game–cost. Of course, it depends on who you hire and the project demands, but many developers promote Unity as a cost-effective platform. Remember, anything that can expedite the development process is money saved. That being said, you want the development process to be shortened for the right reasons, not because corners were cut. So what are the "right reasons" that Unity offers to keep that timeline in check?

For starters, Unity is a cross-platform engine. This means Unity is compatible with all major gaming platforms: iOS, PC, Web, Android, Mac, etc. Games developed in Unity can be imported to these platforms with a little adjustment to ensure peak performance, no matter the platform, without running up costs. For instance, if you start your Android game development project, your game can later be integrated into iOS or Windows with some modifications.

Why Unity worth it

Another great tool at developers' disposal is the Unity Asset store. Here, Unity developers have quick access to a world of plug-ins that enhance the mobile game design.

The expansive online network that exists for Unity developers is also a huge asset towards a smooth developing process. Any snags along the way can be troubleshot into a world of knowledgeable developers, many who will likely have been in the same rut before. Community outreach is a far more optical solution than trial and error.

Unity game development offers some of the most impressive and versatile graphic capabilities. From the staggering, game-changing cartoon world of Cuphead, that looks like something right out of Silly Symphonies, to the hyper-realistic terrains of Escape from Tarkov, it is clear that the possibilities stretch as far as your imagination. If the vision is there, it's possible.

It's also worthwhile to point out Unity's aptitude for games with a darker aesthetic and pallet. Many of us remember playing shooter games in the '90s or early aughts and hating those dark levels where it's hard to make anything out, closing the blinds to reduce the glare on the screen. The graphics in games like Inside are a testament to Unity's capacity to render a great eerie, shadowy atmosphere without sacrificing clarity.

In this omnipresent gaming world, there's no doubt that accessibility is important. If your game is only going up on a few platforms, that's a big part of the market you're potentially missing out on. As a cross-platform software, Unity's capacity to integrate games into over twenty-five gaming platforms ensure the accessibility of your games.

Smartphones are one of the most common platforms for games; that's where you'll find a vast audience of casual players. Unity is especially respected for its aptitude for 2D and mobile development. Unity's 2D engine is a favorite among developers whose focus is in 2D and puzzle game design. More than half of the mobile game development projects are based on Unity. 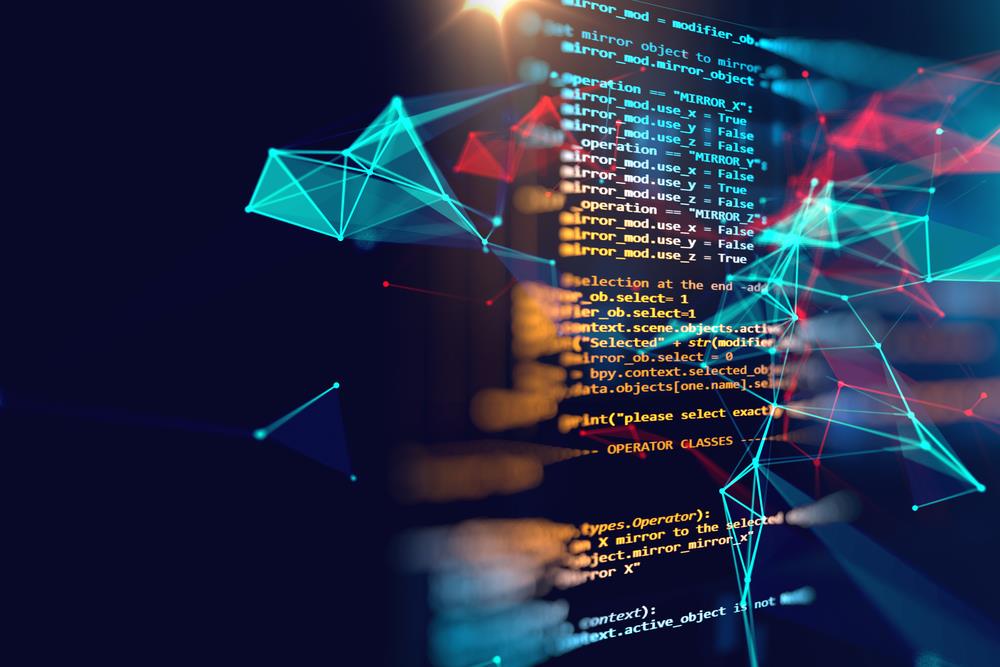 In this digital age, today's new, groundbreaking technology is tomorrow's telegraph. No, you don't have to buy the latest iPhone every time the new model is released to "keep up." But it is necessary to track trends and have your eye on the up-and-coming. We've seen the terrain of many industries shift abruptly, especially in tech. The devices that seemed ubiquitous only a few years ago reduced to relics (remember IPods? GPS devices not on your phone or your car's dash?)

Obviously, video games are not going to become obsolete, but when we look at the history of video games, the technology has evolved in amazing ways. We're quick to note the difference in graphics, but it's so much more than that. We forget just what a giant leap it was for gaming to go from the arcade to the living room, or how cutting-edge the Nintendo DS seemed in 2004 with its touch-sensitive screen, the Wii's movement detection, or the advent of online gaming where one can play live with folks all over the world.

Advantages of hiring a Unity developer

The point is, there's always another development right around the corner, and you want to make sure that you take full advantage of the new tech. When you hire Unity developers for your gaming project, you can be confident that they will be able to guide your project with the full arsenal of modern game development, because, in many ways, Unity is leading the way.

It's been clear where the future of gaming is heading—apparently, anywhere you want it to take you, because we're talking virtual reality (VR) and artificial intelligence (AI). Unity's embrace of and investment in machine learning and VR technologies put them at the forefront of game development. Unity has been used to develop 60% of AI/VR material and has even collaborated with the research collective DeepMind. Demis Hassbis, DeepMind's CEO, said in an interview with Daily Dot, "Games and simulations have been a core part of DeepMind's research program from the very beginning, and this approach has already led to significant breakthroughs in AI research."

Let's return to the question posited at the beginning of this piece—what aspects weigh heaviest on that first impression when a game is picked up? Unity is an excellent gaming engine that can deliver the look and feel that is vital to player retention. In addition, Unity is the optimal platform for taking on lofty assignments with minimal setbacks along the way, and for game development that stays ahead of the curb. Why not hire Unity developers for your next gaming project and see for yourself?